Google’s Titan Key attempts to make security double-secure via a hardware device that you carry. In the age of password overload, this could be a solution. 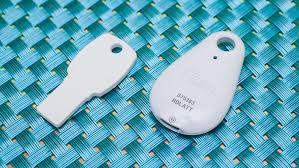 It’s time to learn about the next game-changing generation. As a group, they’re already disrupting the previous generation of disrupters in the ongoing chain of disruption known as the 21st century, all due to the preeminence of technology in our world. The people of Generation Z, who are now coming of age, are the true “digital natives.” They know nothing apart from a world of ubiquitous, high-speed, pocket-sized, ever-expanding technology. The over-arching presence of tech in their lives defines how they work, play, think, and understand the world. The effects throughout society, and for business in particular, will be profound and swift as these young people grow into workers, leaders, and influencers.

Generation Z makes up 25.9% of the United States population, the largest percentage, and contributes $44 billion to the American economy. By 2020, they will account for one-third of the U.S. population, certainly worth paying attention to. … A “Millennial” is a person reaching young adulthood around the year 2000. Generation Z (also known as Post-Millennials, the iGeneration, Founders, Plurals, or the Homeland Generation) is the demographic cohort following the Millennials.

As we’ve always said, taking note of the devices people use and how they get information are keys to understanding how to deal with the oncoming wave of change without being overwhelmed. We also need to observe how companies that succeed in the near future communicate with, develop products for, and serve the next generation. When technological shifts are imminent, understanding of evolving markets, quickly adopting new tactics, and accepting risk all come into play.

The following article is a profile that will help you get up to speed on what Gen Z is all about.

Concerned about privacy and the connected gifts you may be giving this year? Mozilla, the organization behind Firefox, has published a rundown of several categories of e-gifts that includes a report on how they handle your data, audio/video recording, and several other privacy issues.

THE HOLIDAYS, it’s the most wonderful time of the year. Unless you buy a gift that spies on your kid or gets your friend hacked. Wish lists this year will have more connected devices than ever. How do you know if that gift comes with privacy included? We did the research to help you decide. Because Santa should be the only one tracking your behavior this holiday season 🙂

Learn which gifts you may want to avoid and which you’re more comfortable giving. It’s all laid out in a functionally and aesthetically pleasing website. Worth the trip, even if you’re not concerned about who can spy on you and what they’re recording.

Check it out at https://mzl.la/2zSHnrU

People seem to have an unending, unquestioning love affair with technology. But this article indicates that this may be changing. As the tech companies amass significant wealth and power, a backlash among governments has appeared. After giving carte-blanche in their early days, regulators are becoming concerned about the vast numbers of users, unending data flow, and massive influence these companies now possess.

Tech companies have accrued a tremendous amount of power and influence. Amazon determines how people shop, Google how they acquire knowledge, Facebook how they communicate. All of them are making decisions about who gets a digital megaphone and who should be unplugged from the web. … Their amount of concentrated authority resembles the divine right of kings and is sparking a backlash that is still gathering force.

One would think that tech users would be the most concerned, having already been effectively transformed from consumers of technology to “the product” sold by tech companies. But that doesn’t seem to be the case yet. Some would say we’ve already become more dependent on modern tech than is healthy. And that’s without AI, which is still in its early stages. Will people ever give up their phones and social media as we know them to regain something of their privacy and perhaps autonomy? Or will society eventually find itself observed, categorized, judged, and directed by the companies that once seemed so cool?

Google, in its ongoing effort to define the web according to its vision, will soon block auto-play video in its Chrome browser. This new step, along with a few others that Google has taken recently (and which rewards websites that comply with its views), is actually a good thing for users. Auto-play is a brute force marketing hack used to get advertisers’ messages in peoples’ faces. Deemed a ‘win’ by marketers, it makes for a lousy user experience, especially when visitors scrolling down a page are chased by a non-stop, blabbing video. Silencing these techniques, along with rewarding sites that incorporate features like fresh content, responsive (mobile friendly) design, and HTTPS (for greater security) with higher rankings, results in a better web for everyone. We just wonder whether one company having that much influence over the web is desirable. In any event, websites that use auto-play video should become familiar with Google’s plans to implement this new policy, detailed in the following article, and adapt accordingly.

Email has often been maligned as a “has-been” technology, but the numbers prove differently.

… that clunky relic of the early days of the web is actually the most popular form of communication online and its popularity is increasing year on year. And not just amongst the more mature. One of email’s biggest user groups, according to Adobe, is millennials.

A recent Adobe study shows that email is the most preferred means of receiving communications, including promotions from brands, especially on mobile devices. It’s highly used by all age groups and will continue to be so for the foreseeable future. Learn more about the modern-day power of email: http://bit.ly/2wTmThr

Tim Berners-Lee said it best: “The power of the web is in its universality.” To make websites genuinely universal, they must be accessible, ie: “that every person can perceive, understand, navigate, interact with, and contribute to the web.” Here are 10 tips to broaden the reach of your information, products, and services by designing your communications with everyone in mind: http://bit.ly/2uiIz5H

Flash made the web spectacular, and video, which can be delivered in Flash format, universally playable since virtually all browsers came with the Flash plugin installed. Before Flash, viewing video on the web required dealing with a mishmash of formats, plugins, and players (a situation that still exists today outside of Flash). But video delivered via Flash could be viewed everywhere, opening the door for video to become the content staple it now is. That is until the iPhone launched.

The iPhone did not ship with Flash and would not play it. Websites, especially YouTube, Flash’s greatest success story, scrambled to find new methods of delivery — specifically open, non-proprietary formats. (In all fairness, Jobs was right about Flash hogging the limited resources available on mobile devices. And relying upon proprietary solutions on the open web is never a good idea). The greater the iPhone’s success, the more certain Flash’s fate became. And so came the recent announcement from Adobe:

Adobe is planning to end-of-life Flash. Specifically, we will stop updating and distributing the Flash Player at the end of 2020 and encourage content creators to migrate any existing Flash content to these new open formats.

Farewell Flash, you served us well. But open, efficient formats are far better for everyone in the long run.

It’s been coming for a while, and now it’s time to make the move — to HTTPS, the secure transfer protocol for web communications. Encrypted transmissions will become the norm as the web moves toward greater security. Traditional HTTP websites will soon be hit with INSECURE warnings from browsers and search ranking penalties from Google as HTTPS becomes the standard. Check with your developer or hosting company for specifics on converting to HTTPS.

How website buttons appear affects how easily customers can use your site to accomplish their goals. We very much want our website visitors to make those clicks. Here are some tips for improving your CTA’s: http://bit.ly/2rsR8Im